6 Reasons why is Pasadena so popular?

In the San Gabriel Valley, Pasadena is located twelve kilometers (seven miles) northeast of the core of Los Angeles. It is not just a suburb of Los Angeles; rather, it is its own city with a thriving commercial district, art museums that are well acclaimed, gorgeous cultural resources, and residential architecture.

Although Pasadena is best known for its entertainment offerings (it is the site of the yearly Rose Bowl Parade and football match), it is also the location of two of the most prestigious scientific research institutions in the United States: NASA’s Jet Propulsion Laboratory and the California Institute of Technology (CalTech). Without a doubt, Pasadena is a city in Southern California that can hold its own as a refined city. 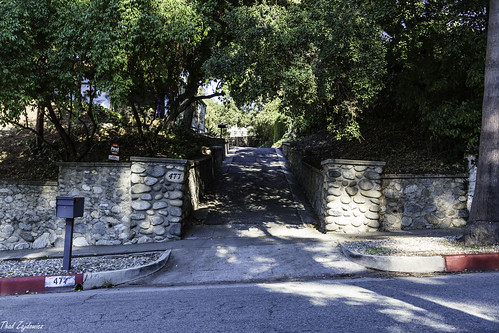 The name Pasadena comes from a Chippewa phrase that translates to “crown of the valley.” Before the Spanish colonization of the Los Angeles basin in the 1770s, a subgroup of the Tongva Native American tribe had already established a long-standing presence in the area. When the United States invaded California as a result of the Mexican-American War, opportunistic bankers repurchased the land that was called

Rancho del Rincon de San Pascual from its Mexican owner who was deeply in debt. This land had been in Mexican ownership. Dr. Benjamin Wilson was one of them. He constructed his Lake Vineyard property in the valley and first gave it the codename “Muscat,” after the grape type, in order to protect the area from unscrupulous land-grabbers.

Soon after, the nearby Indiana Colony, which had been established by Dr. Daniel M. Berry and was populated by Indiana pioneers looking for more temperate climates, joined Lake Vineyard. The two settlements grew in parallel until they eventually combined to become the city of Pasadena in 1886.

This was done in part so that alcohol prohibitionists could shut down the saloon in the city. Pasadena’s population rose from 9,117 in the year 1900 to 30,291 only 10 years later when the Santa Fe Railway, Atchison, and Topeka made the area more accessible to tourists and immigrants from the East.

The Valley Hunt Club began holding an annual event in the middle of winter in the year 1890. The Echo Mountain Incline Railway was opened to the public in 1893, providing guests with access to a newly constructed vacation resort as well as the Alpine Tavern.

Grand hotels began popping up all around the city in the early 1900s, and wealthy tourists quickly discovered how enjoyable their stays could be there. Even in the city’s early days, residents had the goal of making Pasadena a highly cultural place; there was even a Shakespeare Club and a Grand Opera House, although the latter did not last long.

By 1910, the population of Pasadena was growing increasingly varied, as Chinese and Mexican railroad employees began to settle in the city. In addition, black individuals who came to create small businesses or work in hospitality were also settling there. The community developed at a quick pace, and architects like Greene and Greene were responsible for the construction of a large number of elegant individual residences in the Craftsman style. The opening of the Huntington Library and Gardens in 1928 contributed to the city’s growing reputation as a cultural center.

In the 1930s, CalTech students interested in experimenting with rockets laid the groundwork for what would later become the Jet Propulsion Laboratory, cementing the city’s status as a technological and aerospace center (JPL). Despite the fact that it, along with other American cities, endured hardships during the Great Depression, Pasadena experienced a renaissance during and after the Second World War. This was due to the fact that Southern California served as a critical staging post and a powerhouse for defense manufacturing for the American war effort.

In this metropolis, there is no dearth of opportunities for fun and recreation. Through the calendar provided by the Pasadena Convention and Visitor’s Bureau, you may stay current on the most recent cultural events. Favorites among the locals include the following:

Live comedy performed at Ice House by both regional and national performers.

Live theatre may be seen at the Pasadena Playhouse, which is also well-known as a stepping stone to fame for aspiring actors in film and television.

The Tournament of Roses procession is held every year on January 1 and is attended by around 700,000 people along its route. Spectators delight in seeing lavishly constructed floats, many of which are topped with floral arrangements. The Rose Bowl Game, sometimes known as the “Granddaddy of Them All,” would begin later that day.

READ: 20 Best Things to do in Pasadena 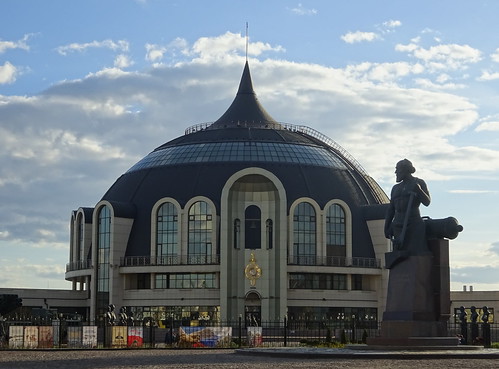 The cultural institutions of Pasadena are among the best in the world, and they highlight many different fields, including art, science, and history. There are a lot of museums in the city, but these are some of the more interesting ones that you should go to more than once:

The Southern California Children’s Museum is a facility that is still developing but is relatively young. It offers ever-evolving exhibits, workshops, and experiences for people of all ages. They operate camps over the different seasons, host parties, and organize excursions to various scientifically significant locations.

The Kidspace Children’s Museum is a museum that was established in 1979 by employees of CalTech. The museum uses displays, experiences, and outdoor play to make an effort to bridge the gap that exists between the arts, sciences, and humanity.

Norton Simon Museum – The Pasadena Art Institute was founded in 1922, and the museum now stands on property that was formerly known as Carmelita Park and was the location of a Victorian-era home named Carr House. The site has been known by a few different names over its history, and the structures that now hold its art have also undergone a few name changes. The renowned American architect Frank Gehry was responsible for part of the interior makeover. In addition to its excellent permanent collection of art from the 20th and 21st centuries, the museum often hosts retrospective exhibits of world-class caliber. 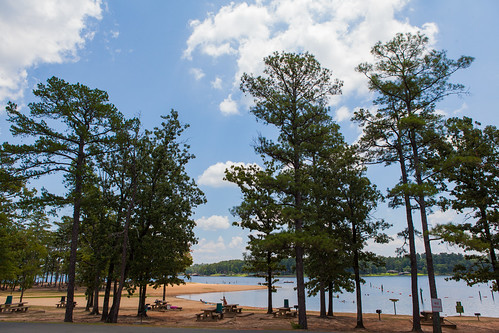 The Municipal of Pasadena is responsible for the management and maintenance of twenty-three city parks and one thousand acres of parkland. There are numerous large parks as well as a number of smaller parks scattered around the region.

The most popular park in the neighborhood, Brookside Park spans 61 acres and is the biggest of the local parks. Facilities include the Jackie Robinson Baseball Stadium, a multipurpose field for soccer and football, picnic spots, bathrooms, an auditorium, drinking fountains, and a well-liked pirate-themed playground for children (the layout of the playground is designed to seem like a pirate ship)!

A seasonal stream that originates in the Angeles National Forest and eventually makes its way to the Los Angeles River may be found in the stunning canyon known as Arroyo Seco. Pasadena is home to eight of the route’s 25 miles, and it is here that the route passes by the Rose Bowl Stadium. These neighborhoods are home to a diverse selection of attractions and activities, such as the Colorado Street Bridge. This location offers a variety of amenities such as conventional and disc golf courses, and parks. and an archery range.

Both the Eaton Canyon Natural Area and the Eaton Canyon Nature Center are located in the San Gabriel Mountains’ foothills. People who visit the park are encouraged to take advantage of the area’s wonderful nature walks, modest hiking paths, and guided tours. It is imperative that you be vigilant in the search for animals such as lizards and spiders. It is highly recommended that guests pay the nature center a visit in order to see the many live animal exhibitions and exhibits.

There is a group for those who like fly fishing called the Pasadena Casting Club, and there are other clubs for people who enjoy watching birds (Pasadena Audubon Society). Attending a field trip hosted by the Audubon Society is completely free of charge.

The nearby Angeles National Forest is located in the San Gabriel Mountains, which are known for their harsh terrain and challenging hiking paths that lead to breathtaking panoramas. Eaton Canyon Falls and the Mount Wilson Observatory are two of the most popular day hiking sites in the area. Mountain bikers consider El Prieto Canyon to be one of the best spots in the area to ride. 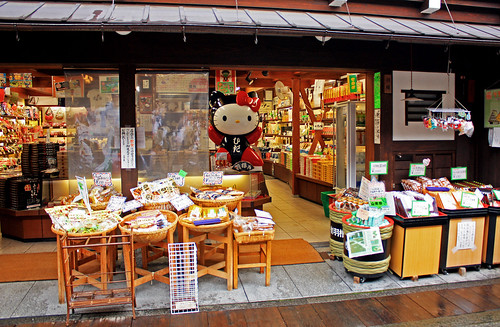 The eating scene is vibrant and diverse, and you’ll never be more than a few steps away from another outstanding dinner in any price range. One of the cities in the world with the largest number of restaurants per resident is Pasadena (even higher than in New York City). Nearly every kind of ethnic food imaginable can be found here, and contemporary culinary trends such as farm-to-table dining, gourmet burger restaurants, and ramen shops are all well covered.

In addition to its two malls, the city of Pasadena is home to three distinct primary retail areas.

Old Pasadena, the city’s first commercial sector, is a fascinating blend of the historic and the contemporary. When guests want to shop at the area’s plethora of boutiques, galleries, and stores, they have to navigate the area’s various alleys and passageways. In addition, the neighborhood is home to the One Colorado and Paseo Colorado malls, the latter of which is a mixed-use complex that includes retail spaces as well as residences.

The South Lake Avenue commercial district has a total area of 10 blocks. There are major businesses, as well as little shops and boutiques, located along the broad boulevard that is flanked by trees. At the annual Taste of South Lake event, held every October, you may get to know the local chefs as well as their cuisine.

The Playhouse District in Pasadena is an excellent neighborhood to visit for gallery hopping, as well as going to museums and showrooms, in addition to being the location of several live theatre establishments.

Do you like purchasing freshly grown food from the people that grow it locally? At the Pasadena Certified Farmers Market, you will have the opportunity to do so twice every week. At the Villa Parke Center on Tuesdays, a more intimate gathering of thirteen merchants takes place. Victory Park is home to the bigger Saturday market, which has sixty different stalls.

20,000 people go to the Rose Bowl Flea Market every month’s second Sunday to browse the 2,500 vendor booths in search of antiques, clothes, and works of art. They do this while listening to live music. It’s going to be a huge event. There is no fee for parking. On the other hand, there is a nominal charge to enter. 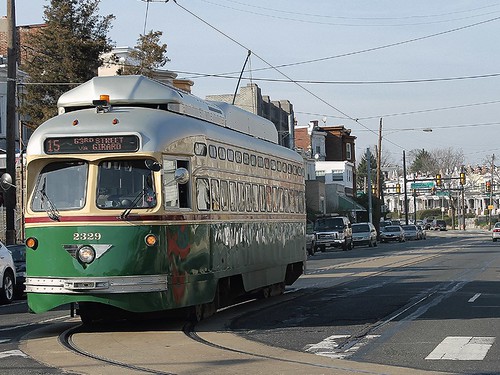 Trees border the streets and sidewalks throughout Pasadena because of thoughtful urban design done some decades ago. On warmer days, the shade helps to protect people (and vehicle seats) from overheating.

However, like many other towns in Southern California, Pasadena is somewhat spread out, which means that you may need a vehicle to do the errands you need to run on a daily basis unless you purchase a house strategically close to shopping centers or strip malls, or food shops like Trader Joe’s.

The Metro Gold Line, which provides a direct path to the Downtown Los Angeles area, is available for use by commuters. Buses are convenient for making short travels inside the city. The city is completely surrounded by freeways; you are never too far away from an on-ramp to either the 710 or 110 Freeways. During rush hour, savvy drivers are familiar with all of the finest surface routes and shortcuts to avoid using the freeways.

In addition to that, the culture of cycling has a strong presence in Pasadena. Road cyclists zip through the city on the various bike lanes the city provides either as part of their daily work or simply for the enjoyment and exercise it provides.

No comments to show.